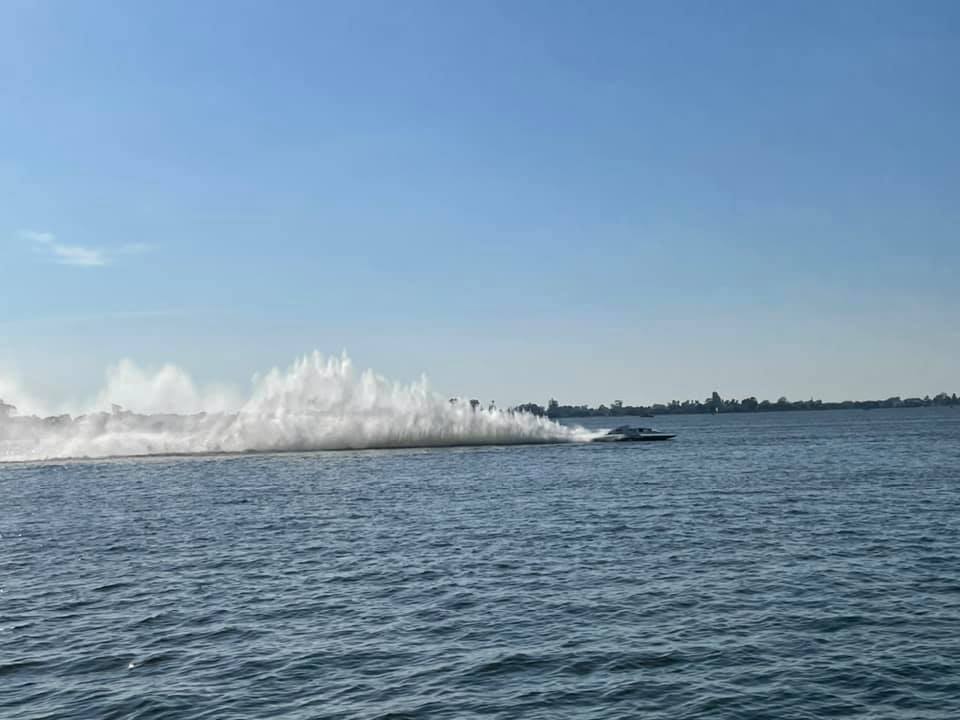 The Guts & Glory of Boat Racing

In my eyes it’s the most thrilling and probably dangerous sport to watch.

You don’t just see and hear it, you feel it! (and it’s magnificent to say the least) – I love this sport. From a spectators perspective, it’s such a fantastic sport to watch; the sights and the sounds reverberate right through into the core of oneself. Drawing one in to feel a part of the entire experience. May I say “it rocks my soul”. Yet my heart is in my throat as I watch from the banks, the bravest of brave men, risk all for a win! I am truly humbled by such a hardcore sport! As I admire from the banks of the race circuit, the dedication, commitment and loyalty of the crew, the great teamwork, the family inclusion, and the friendships built on the circuit, along with the lifelong support of the spectators and all those involved as I see familiar faces grown old and sun-kissed bodies enjoying another season with 2nd 3rd and 4th generation in tow.

Born and bred on this foreshore, this sport is in my blood, yet still I enjoy a profound experience – perhaps brought on by the excitement, the thrill and the loudness of those engines …. As we walk along the foreshore and through the crowd, I quietly smile to myself when I notice the wife of an ‘old-timer’ comfortably sitting in her deck chair ‘knitting’ between races. Content and quite at home on the banks of the Yarrawonga foreshore, clearly this ain’t her first rodeo! The air is filled with a par’fume of fuel – beer and BBQ’s. What’s not to love about this place?

From the pits I experience the religion of boat racing;

Faith in the Crew

Faith in the Boat Builder

Faith in the Boat Owner

Faith in the Driver

Faith in the Organisers

Faith in the Volunteers

and Faith in the Spectators, those who dream and those who cheer!!

The next race is scheduled to start and the ENGINES FIRE UP! Watching the drivers idle out from the pits as they head to the start boat to take their qualifying position ….. (I notice a great photo opportunity and snap a pic of one of the drivers sitting in the cockpit of his race boat waiting for his race to be announced – and a thought passes through my mind when a crew member leans in ands says exactly what I was thinking “deep down you’re aware that it could be the last picture taken cause anything could happen out there” ….).

They say “if you’re not living on the edge then you’re taking up to much space” …..

Suddenly the flag drops and it’s game on!

The sensational sound goes right through me and the feeling is PURE BLISS! But; we’re all aware that anything could happen during the race. The essence of awareness and focus kick in.

On the other end of these most spectacular races are the crew, the partners and kids on the foreshore and in the pits all having done their part, hoping for a win but to a greater extent they want to ensure the driver returns from the race unharmed and better still with the boat in tact. Of course the win is the ultimate bonus.

Meanwhile the ever watchful eye of the commentators along with their quick witted reporting, know-how and familiarity with boat racing keep the crowd informed in an upbeat style that can only come with experience and an excellent knowledge of the sport. With such experience and enthusiasm they cleverly combine all of whats happening on the water, in the pits and around the crowd of spectators together to report the events. They do a remarkable job commentating on the action!

Three days of water sporting exhilaration! A must do for all thrill-seekers and in my eyes a sport that requires more promotion. Get in on the action and mark the dates in your calendar for next year.

Gallery of action below; (all photo credits Paula Gill – thanks)

In the Pits with the fast and furious and the unexpected set-backs, as they say “it is what it is” …. the guts and the glory of boat racing at it’s best from the banks of the Yarrawonga foreshore.

Junior Racing – the young brave hearts remain cool, calm & courageous as they relax in the drivers seat while the parents take care of the line up ….

A few facts about the lake that provides the circuit for this almighty race ….

Yarrawonga was founded in 1868 and made a shire in 1891. Its name derives perhaps from an Aboriginal term meaning “cormorant’s nesting place” or from a combination of yarra and wonga, meaning “flowing water” and “pigeon,” respectively. (Google Wikki)

Mulwala  is a town in the Federation Council local government area in the Riverina district of New South Wales, Australia. … The town’s name is derived from an aboriginal word for ‘rain’.

Lake Mulwala, a man–made reservoir created through the construction of the Yarrawonga Weir across the Murray River, is located between Bundalong and Yarrawonga in Hume region of Victoria and Mulwala in the Riverina region of New South Wales, in eastern Australia.